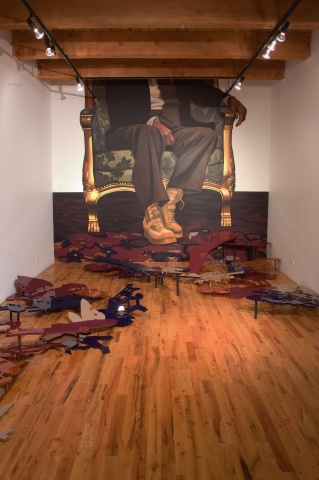 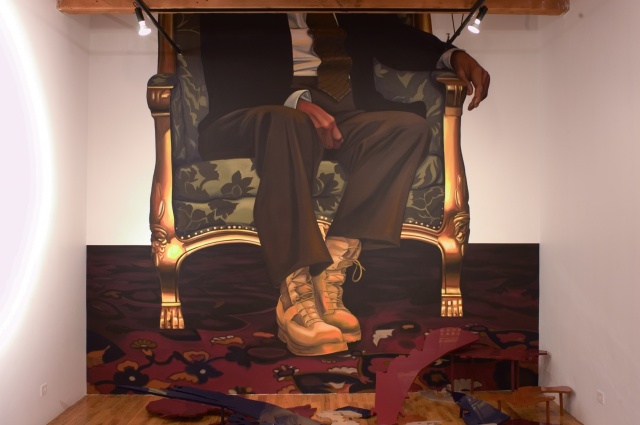 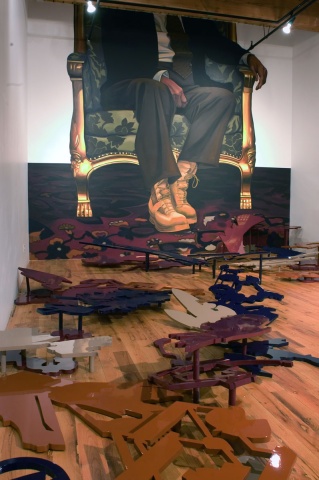 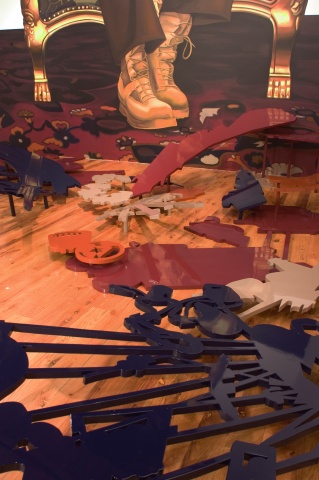 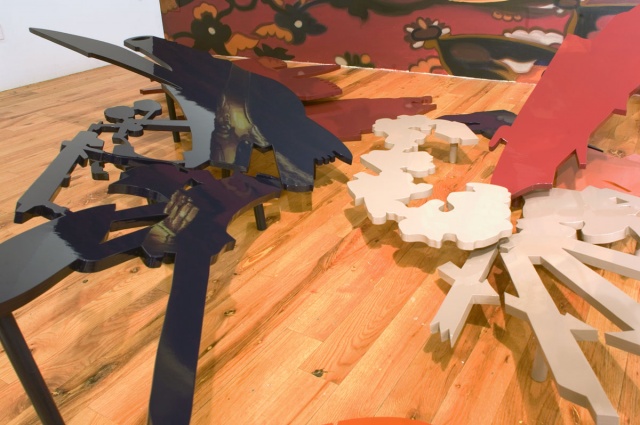 “Painting cannot deceive us, for it does not have at its disposal the real hue of the light.” – Friedrich von Schlegel When Dorothy finally pulled the curtain to one side, she discovered the truth: we live in a world of fakery and the special effects are thin. The illusions are the domain of the man-behind-the curtain, a man who lurks just as readily in Oz as in America, in the 1930s as in 17th C France. The Wizard is still, and always has been, in control; as whoever controls the illusion, controls the audience. Fast-forward to the current administration and the condition of American journalism in the popular media. Who’s behind the curtain now? According to Norman Klein (The Vatican to Vegas: A History of Special Effects), we are experiencing the Electronic Baroque; an updated version of the (actual) smoke and mirrors practiced by the ruling classes of the 16th and 17th centuries. Those original special effects, not the kind you saw evolve between Tron and The Matrix (although those have some play in the politics of today), were employed strategically to underscore the power of the ruling elite.

Named after the FlatWorld project, one of the many Defense Department collaborations with Hollywood special F/X engineers and video-game programmers, to create virtual-reality training grounds for American soldiers; Geoffry Smalley’s Future FlatWorld takes us on set to begin its deconstruction . In a suit and Timberland-style construction boots, feet resting on a Persian rug, sits the star of this charade, framed headless and at the head of the stage. Without any other context, our cues must be taken from the character’s costume: a strange hybrid of the business and the working man; a Neo-Con mascot masquerading as a good ol’boy who’s not afraid to show a little casual disrespect. After all, the regular folks is wearin’ flip-flops to the White House.

Traditionally, Smalley starts with a source image; photos that are in the public domain that might hint through some discreet detail at subterfuge. The source material for Future FlatWorld was a photo of Donald Rumsfeld meeting with Hamid Karzai. If you can tell a man by his footwear, Rumsfeld chose Construction Boss Chic: these boots are made for walking, God Bless America and pass the A-1 (or M-16). Smalley’s painting practice literally takes apart that image. His work spills onto the floor like broken shards; each piece a meticulously painted segment of the discretely disguised whole. His images are the fragments of a narrative, the dismembered found-script, or an abstract for the story, and they leave a viewer to, not so much piece together a puzzle, as consider the idea of a deconstructed whole. Creating a set, Smalley paints the backdrop and builds a topographical stage from the fragmented spillage. The shapes are taken directly from hobbyist’s model diagrams and in Future FlatWorld, these diagrams are those used to assemble model versions of the tanks, helicopters, HUM-Vs, and fuel tankers currently deployed in either Iraq or Afghanistan. Without the detailed assembly instructions, these shapes bleed neatly into one another, a strange camouflage of army vehicle and tank parts disguised as scraps of carpet.

These sets are Smalley’s special effect, a space where the curtain is up on the political theater and Smalley can draw attention to the subtle details that journalism has missed. His topographic stage acts as a prop for Rumsfeld’s image: fan of war-games and leader of a new generation of virtual reality (trained) soldiers. The stage is unraveling, or disassembling itself, from under Rumsfeld’s feet. Using carpentry, a workingman’s trade (a working man who might don the same boots as modeled by D.R.), Smalley manages to convey a critique of the current American administration through a playful subtlety that evokes the means of critique and parody historically practiced by the working class. Today’s nursery rhymes were originally rhyming couplets used by the English peasantry to pass along news, commentary and revolutionary sentiment. They were verbal codes that could be passed along at a time when free speech was not a right and criticisms lodged against the ruling class were punishable by death. Similarly, Smalley’s cropped and fragmented paintings have a natural way of appearing coded, a TV screen that is picking up only the flickering, disjointed images of unpaid-for cable. Depending on what you’re looking for, if you can figure out the cheat-code, the whole world will either come into focus or self-destruct.

Even with the curtain fully open we don’t dethrone the Wizard, we shrug and let him carry on. Without him, whose maze would we navigate? Where would be the thrill in uncovering the wormholes? The wonder of special effects is that we are complicit! They are thin and so we see through them; and in knowing they exist, we feel safe being in awe. It is something of the known unknowns, in Rummy’s own words, that when we know that there will be special effects, we just brace ourselves for the ride. The truly terrifying stuff, the stuff that no wizard is behind, is what creates our greatest anxieties. Man will go to great ends to overcome, outsmart and subjugate that mysterious and ever wily Mother Nature; but the Wizard? His special effects just keep us occupied. Shannon Stratton is Chief Curator at the Museum of Arts and Design, New York